Oklahoma is an interesting state with many scenic attractions, all within a few hours driving time. I have picked out the top three Oklahoma cities and will try to explain why they are so great. 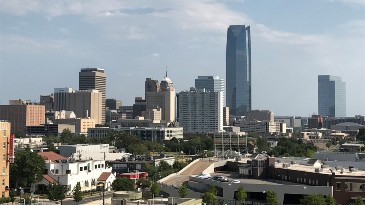 The best thing about Oklahoma is the diversity of places you can visit and the wonderful countryside to drive through, and of course the fantastic small towns like Bartlesville. Situated at the junction of Oklahoma and Texas, it's about thirty minutes from the US-Mexico border. You'll be on the Texas side, but be careful, because if you have a flat tyre on the Texas side of the border, then you'll need to take it to a service station.

Second on the list is Muskogee. Situated in the south-west corner of Oklahoma, it is a small town with plenty of businesses and other attractions. Muskogee is home to several historic buildings and many local companies, all of which I'll mention later. Muskogee is about two hours' drive north of Tulsa.

Third is Broken Arrow. This place was named after a volcano in Arizona that split into several pieces. It is often referred to as the "golden triangle" because of its location between the Arizona and New Mexico states.

Broken Arrow is home to some fantastic parks and waterfalls, and the park can be easily reached from the Broken Arrow airport (40 miles south of Tulsa). Broken Arrow is also home to one of the best ski areas in the state, and I really suggest taking your kids to this one if you want a fun family weekend out.

It's not just a beautiful state, but a wonderful place to live, especially in Oklahoma. Although it doesn't have a lot of large cities, there are a few very nice places you can visit.

The above points are just a tiny sample of all the wonderful sights and locations in Oklahoma. Try a drive out here. You won't regret it!